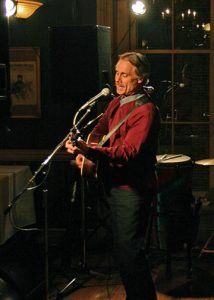 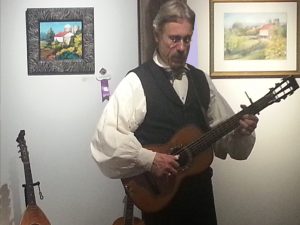 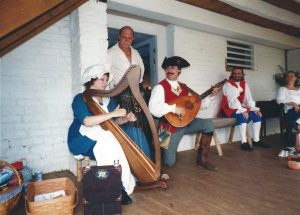 John DuRant of Braddock Heights, Maryland, regionally known as The Troubadour, was born in Norfolk, Virginia.  John worked his way through Old Dominion University by refueling U.S. Navy aircraft, crewing on a fishing boat, and performing folk music in the bars and clubs of the Tidewater area. After graduating, John became a full time Engineer, and also performed part-time for several years in and around Historic Yorktown, as well as the Historic Homes and 18th Century Taverns of our Colonial Capital of Williamsburg.

Over the past 25+ years, John has accumulated fans and friends in the Mid-Atlantic States for his repeat performances as a strolling Singer, Balladeer and Story Teller at festivals and events, like the Great Waterford Fair in Waterford, VA, and the Maryland Renaissance Festival in Crownsville, Maryland.

For 7 years during the 1990s, John was the host of an award winning regional Cable Television series for children called “The Troubadour”, winning both an Addy award and the Children’s Empowerment Award. 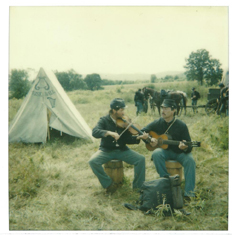 In 1993, John, working with fiddler, Alexander Mitchell, secured an on-screen role as a 20th Maine musician in the TNT motion picture Gettysburg, as well as performing several songs on the motion pictures second Soundtrack album, More Songs and Music From Gettysburg. 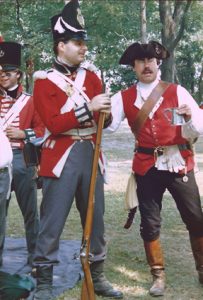 John is well known as an accomplished vocalist and player on both the laute and guitar. His singing repertory includes songs of the Renaissance, the American Revolution, the Civil War and of the late 20th Century.

John currently has two self-produced music CDs available for sale at live performances, The Cat Came Back, and, Home from the Sea.  A new album is in the works and will be released before the end of 2017. 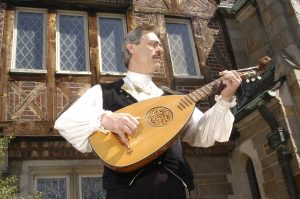 John’s son, John DuRant, Jr., is now carrying on his father’s Troubadour tradition.  A college trained, multi-discipline musician, John Jr. not only performs solo and with others at multiple venues throughout Maryland, but also regularly with John Sr. when performing at larger public venues, Festivals and Fairs.